Passion, murder and love are the deadly ingredients in Verdict, making it one of Agatha Christie's more unusual thrillers and prompting her to label it 'the best play I have written with the exception of Witness for the Prosecution'.

The action centres around the uncompromising academic Karl Hendryk, his intense disabled wife, Anya and his loyal assistant, Lisa. As the secrets of Karl’s background gradually unfold, a crime takes place which is to alter the lives of all the characters bound up with him. An intriguing play with many twists and turns.

Verdict premiered at the Strand Theatre London on 22nd May 1958 and was attended by Agatha Christie herself. Unfortunately it was booed by the gallery on its first night due to a lighting cue misunderstanding which caused the curtain to come down on the final scene about 40 seconds too soon. Fortunately Chiltern Player's production did not suffer the same fate. 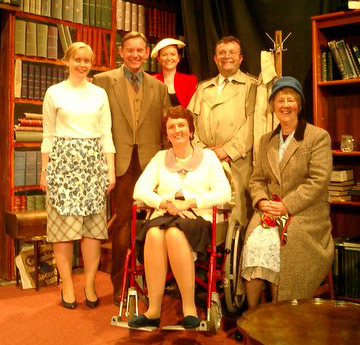