A modern day romantic comedy set in a new university somewhere in southern England. When maths lecturer and ageing Lothario, Conrad Milner, decides to give up women his best friend and fellow lecturer, Stewart Reid, persuades him that marriage to a “nice” woman is the answer to his problems. Conrad accepts the challenge and picks on the university’s impossibly naïve administrator, Louise Grayson, as a suitable bride. Unfortunately, true love does not run smoothly. His plans are interrupted by the very bright teenager, Isabella Jordan, who thinks he is her father, the not-so-saintly college chaplain, John Watson, who he thinks could be competition and the flamboyant Liz Jordan who confides in him and reveals the true identity of her daughter’s father. Throw into the equation Stewart’s disapproving wife, Caroline, and a dead cat called Shakespeare and we begin to wonder if Conrad will ever settle down to the domestic bliss he seems to crave.

Written and Directed by Jane Brough 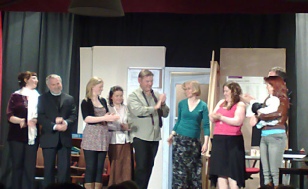 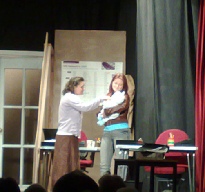 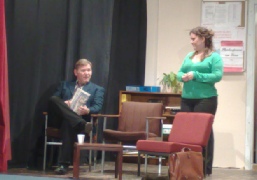